The Gate was fabricated from White Oak, as the original was.

Vermont Timber Works worked with Hohl Industries on this project.

The original barge canal locks were constructed starting in 1909 and completed in 1918.

You can learn more about the Locks here: https://eriecanalway.org/find-resources/case-studies/lockport-locks 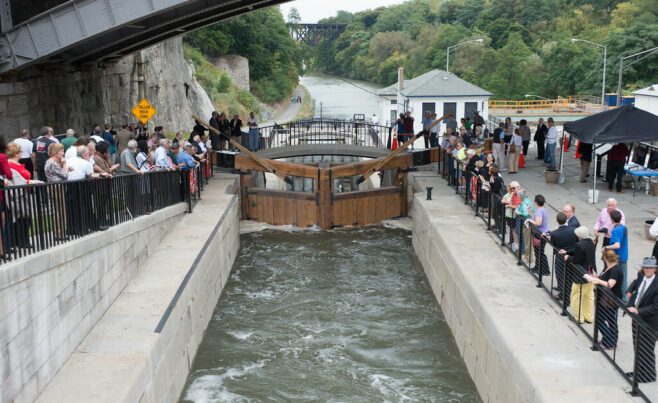 The Canal Gate before restoration. 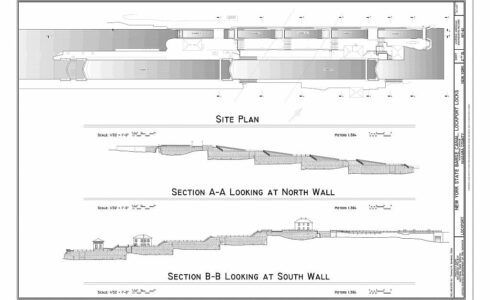 A page from the plans for the Canal Lock. 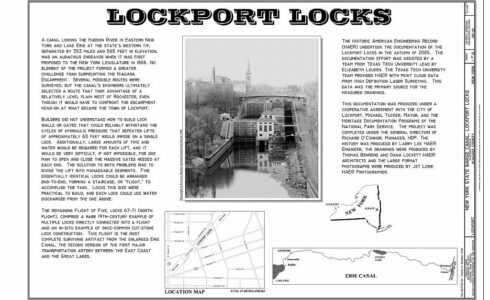 A page of the plan that details the historical significance of the Lockport Locks. The Locks were designed as a "flight of five" as only one lock wouldn't be strong enough to withstand the water pressures and no man would be strong enough to be able to open it by hand. Five locks were able to solve this problem. 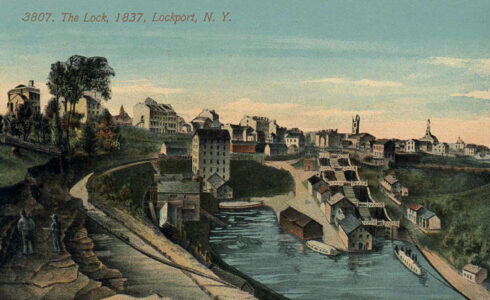 An illustration of the original Canal Locks. 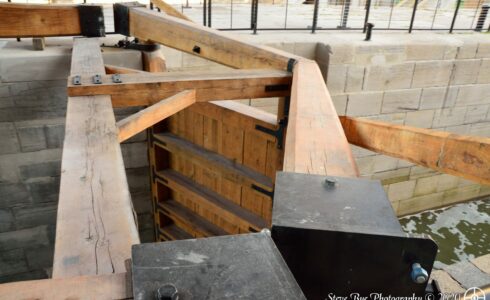 Photo Credit: Steve Bye. A view of the top of the gate. Notice the black galvanized steel caps. 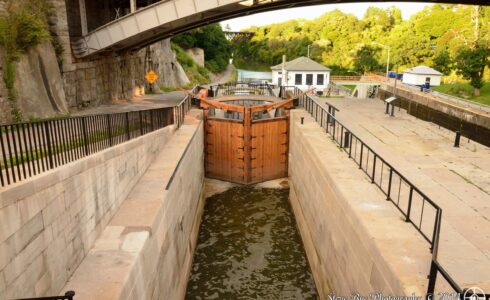 Photo Credit: Steve Bye. A look at the Canal Gate, which is able to be opened by hand and remains in the style of the original gate. Photo Credit: Steve Bye. A closer look at the canal gate, including the black steel components. Photo Credit: Steve Bye. The other side of the Canal Gate. 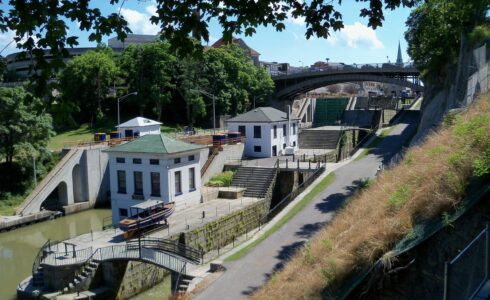 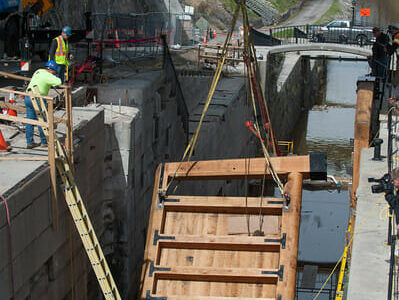 The Gates being put into place during restoration. The back of the Gates holding back the Canal water. 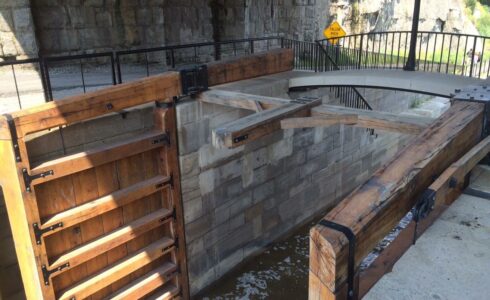 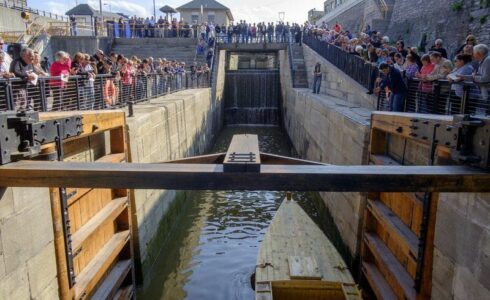 A crowd gathered to watch a demonstration of how the Canal works and allows boats to go down the canal. The Gates open with two boats demonstrating how boats would go down the canal. The water rushing through the Canal Gate. 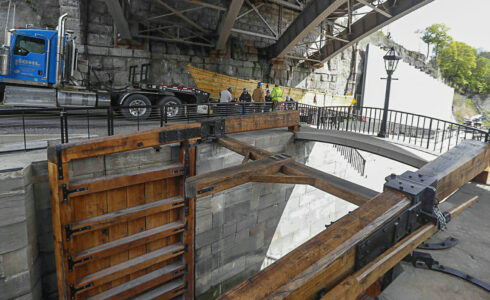